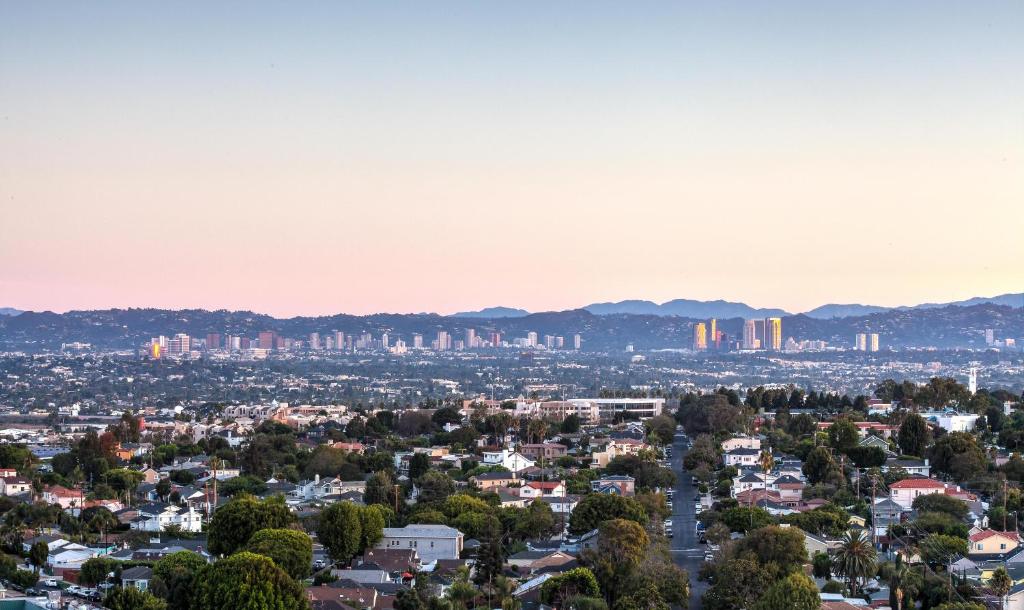 High-tech rooms modern styling and uber-hip themed lounges make the Custom Hotel a relaxing boutique retreat near LAX. This 12-story property was fully renovated in 2011 to reflect a 1960s-inspired motif. Each of its 250 custom-decorated rooms includes free Wi-Fi a 37-inch flat-panel HDTV an iPod dock and a custom LED lighting system that lets you adjust the color of the room based on your mood. Rooms on higher floors offer stunning views and access to a private lounge. Get the L.A. look with your choice of two gyms or see and be seen while you sip cocktails by the outdoor pool with a bi-level sun deck cabanas and a fire pit. Punch the clock in the business center or relax and recharge in one of the four themed lounges including a high-tech game room a natural snack shop and an art gallery. The hip hotel restaurant overlooks the pool and the lobby bar is a great place to socialize. Two miles from Los Angeles International Airport the Custom Hotel is close to fun in the sun at Marina del Ray and Venice. Drive two miles to Villa Marina Marketplace or 15 minutes for primo people watching on Venice Beach. Playa del Ray a more laid-back beach is three miles west. Watch the sunset on Santa Monica Pier seven miles northwest or window shop on Rodeo Drive or Sunset Strip both 20 minutes north. Downtown attractions including the theater district the Museum of Contemporary Art the Staples Center and Chinatown are 30 minutes away. Custom LED lighting "cool and funky rooms" a "very cheerful" staff and a location near the airport are what our guests remember most about the Custom Hotel.

Los Angeles, simply known as LA to many, is the largest city in the State of California and the second largest metropolitan area in the United States.  The City of Angels has a population of 3,792,621with an area of 468.67 square miles (1,213.8 km2), and is located in Southern California.

Los Angeles is a leading world center of business, international trade, entertainment, culture, media, fashion, science, sports, technology, and education, and has been ranked the third richest city and fifth most powerful and influential city in the world.

Known as the Entertainment Capital of the World and home to Hollywood, Los Angeles is one of the most dynamic, cultured, and diverse regions in the world, making many contributions to world culture and economics.

Los Angeles offers a multitude of activites from World Champion sports teams such as the Lakers, baseball with the storied franchise LA Dodgers, to amusement parks like Disneyland, Knott's Berry Farm, and famed beaches and boardwalks such as Venice Beach and Santa Monica.